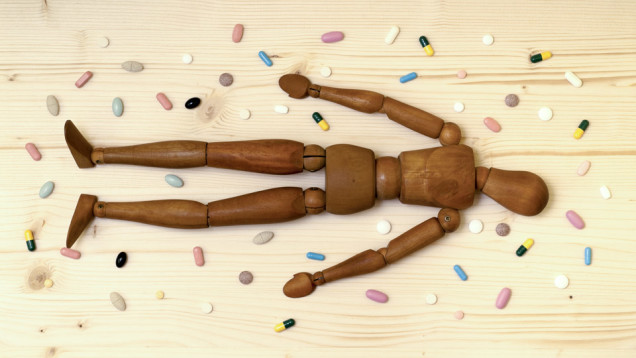 Falling out of a healthy sleep pattern happens slowly. The brain works from habit, striving to maintain that which would be considered “the neuro-chemical norm” for us as individuals. Maintaining a healthy balance for our overall well being is the brains number one assignment. It takes time for the brain to form new habits. Adding pharmaceuticals to the mix begins creating a new habit for the brain. The brain will cease to make the natural chemistry that is being replaced by that of the drugs. Read Dr. Ray Smith’s CES Report.

HENCE: My medications no longer help me sleep, or even help me go to sleep
Remember “The Big Question”?
What Can I Use Besides Drugs To Help Me Sleep Better?The Answer: Cranial Electro Therapy Stimulation (CES) Treats the Causes of Poor Sleep Rather than the Symptoms!!

CES uses a gentle electrical impulse applied to the ear lobes which is anatomically transferred to the brain. The tendency is for the frequency to cause the brain to release the neuro-chemistry needed for healthy sleep. The U.S. Food and Drug Administration allows the medical claims of “insomnia and anxiety” for CES use. Anxiety is a common trigger of insomnia or sleep problems in general. Anxiety will begin to cause sleep problems in people who have not previously experienced difficulties with sleep. A vicious cycle will often begin to take place in individuals whereby: the more anxious a person becomes the more they suffer from sleep disorders; the more one suffers from sleep disorder the more anxious one becomes, and on and on.

By using the natural processes of the brain to reset levels of normal neuro-chemicals in the brain CES causes a “new and healthy habit” for the brain to fall back into. In general end users report a substantial decline in sleep problems within 2 weeks of daily use. Read the CES experience.