Sleep. It’s something we spend about a third of our lives doing, but do any of us really understand what it’s all about?

Two thousand years ago, Galen, one of the most prominent medical researchers of the ancient world, proposed that while we’re awake, our brain’s motive force, its juice, would flow out to all the other parts of the body, animating them but leaving the brain all dried up, and he thought that when we sleep, all this moisture that filled the rest of the body would come rushing back, rehydrating the brain and refreshing the mind. Now, that sounds completely ridiculous to us now, but Galen was simply trying to explain something about sleep that we all deal with every day. See, we all know based on our own experience that when you sleep, it clears your mind, and when you don’t sleep, it leaves your mind murky. But while we know a great deal more about sleep now than when Galen was around, we still haven’t understood why it is that sleep, of all of our activities, has this incredible restorative function for the mind.

We’ve found that sleep may actually be a kind of elegant design solution to some of the brain’s most basic needs, a unique way that the brain meets the high demands and the narrow margins that set it apart from all the other organs of the body.

So almost all the biology that we observe can be thought of as a series of problems and their corresponding solutions, and the first problem that every organ must solve is a continuous supply of nutrients to fuel all those cells of the body. In the brain, that is especially critical; its intense electrical activity uses up a quarter of the body’s entire energy supply, even though the brain accounts for only about two percent of the body’s mass. So the circulatory system solves the nutrient delivery problem by sending blood vessels to supply nutrients and oxygen to every corner of our body.

The blood vessels form a complex network that fills the entire brain volume. They start at the surface of the brain, and then they dive down into the tissue itself, and as they spread out, they supply nutrients and oxygen to each and every cell in the brain.

Now, just as every cell requires nutrients to fuel it, every cell also produces waste as a byproduct, and the clearance of that waste is the second basic problem that each organ has to solve. This diagram shows the body’s lymphatic system, which has evolved to meet this need. It’s a second parallel network of vessels that extends throughout the body. It takes up proteins and other waste from the spaces between the cells, it collects them, and then dumps them into the blood so they can be disposed of.

So how, then, does the brain solve its waste clearance problem? Well, that seemingly mundane question is where our group first jumped into this story, and what we found as we dove down into the brain, down among the neurons and the blood vessels, was that the brain’s solution to the problem of waste clearance, it was really unexpected. It was ingenious, but it was also beautiful. Let me tell you about what we found.

The brain has this large pool of clean, clear fluid called cerebrospinal fluid. We call it the CSF. The CSF fills the space that surrounds the brain, and wastes from inside the brain make their way out to the CSF, which gets dumped, along with the waste, into the blood. So in that way, it sounds a lot like the lymphatic system, doesn’t it? But what’s interesting is that the fluid and the waste from inside the brain, they don’t just percolate their way randomly out to these pools of CSF.

Instead, there is a specialized network of plumbing that organizes and facilitates this process. You can see that in these videos. Here, we’re again imaging into the brain of living mice. The frame on your left shows what’s happening at the brain’s surface, and the frame on your right shows what’s happening down below the surface of the brain within the tissue itself. We’ve labeled the blood vessels in red, and the CSF that’s surrounding the brain will be in green. Now, what was surprising to us was that the fluid on the outside of the brain, it didn’t stay on the outside. Instead, the CSF was pumped back into and through the brain along the outsides of the blood vessels, and as it flushed down into the brain along the outsides of these vessels, it was actually helping to clear away, to clean the waste from the spaces between the brain’s cells. If you think about it, using the outsides of these blood vessels like this is a really clever design solution, because the brain is enclosed in a rigid skull and it’s packed full of cells, so there is no extra space inside it for a whole second set of vessels like the lymphatic system. Yet the blood vessels, they extend from the surface of the brain down to reach every single cell in the brain, which means that fluid that’s traveling along the outsides of these vessels can gain easy access to the entire brain’s volume, so it’s actually this really clever way to repurpose one set of vessels, the blood vessels, to take over and replace the function of a second set of vessels, the lymphatic vessels, to make it so you don’t need them. And what’s amazing is that no other organ takes quite this approach to clearing away the waste from between its cells. This is a solution that is entirely unique to the brain. …. From ted.com

Watch more videos – www.youtube.com/cesultra
Read more how to sleep better with cesultra
CES Ultra: The best way to help you get the sleep you need : Effective, safe, and drug-free. 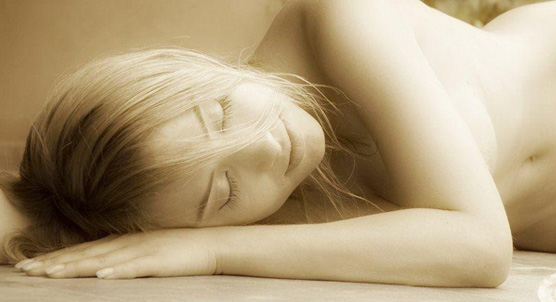 One more reason to get a good night’s sleep was last modified: February 22nd, 2017 by cesadmin