Chi is you, Chi is me (ancient proverb) 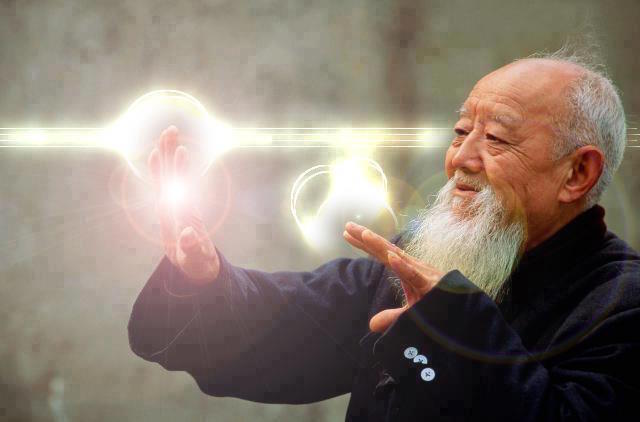 Optimal mental and emotional functioning depends on the whole body. Chi or vital force can be looked at in terms of its components as well as we might define them according to the measures and means (science with its language) that we want to do so. It depends especially on the brain. Our bodies have an elaborate system of checks and balances. This elaborate system protects the brain from changes in temperature, acceleration, and chemistry.

The current state of knowledge of bioelectrical systems is limited, as it is in many areas of biology. At the present time there is no uniform agreement on the mechanisms of action of CES (Cranial Electrotherapy Stimulation). To proclaim a model can be problematic because the paradigms are evolving very quickly these days.

Physiology can be regarded as an aspect of Chi or Vital Force and so accordingly, the evidence of CES effectiveness in this domain is empirical. It is generally believed that the effects are primarily mediated through a direct action on the brain at the limbic system, the hypothalamus and/or reticular activating system. The primary role of the reticular activating system is the regulation of electrocortical activity. These are primitive brain stem structures. The functions of these areas and their influence on our emotional states have been mapped using electrical stimulation. Electrical stimulation of the periaqueductal gray matter (PAG) has been shown to activate descending inhibitory pathways from the medial brainstem to the dorsal horn of the spinal cord, in a manner similar to endorphins. Cortical inhibition is a factor in the Melzack-Wall Gate Control theory.

It is possible that CES may produce its effects through parasympathetic autonomic nervous system dominance via stimulation of the vagus nerve (CN X). Other cranial nerves such as the trigeminal (CN V), facial (CN VII), and glossopharyngeal (CN IX), may also be involved.

Electrocortical activity produced by stimulation of the trigeminal nerve has been implicated in the function of the limbic region of the midbrain affecting emotions.

Substance P and enkephalin have been found in the trigeminal nucleus, and are postulated to be involved in limbic emotional brain factors. The auditory-vertigo nerve (CN VIII) must also be effected by CES, accounting for the dizziness one experiences when the current is too high. Ideally, CES electrodes are placed on the ear lobes because that is a convenient way to direct current through the brain stem structures.

The notion here is that CES usage improves the homeostasis state or within its domain provides for a state of optimal homeostasis. Homeostasis is here defined as maintaining functions within very narrowly defined ranges. The body’s ability to preserve the critical balance of its internal environment, regardless of external changes, is essential for its survival. Our body (including and especially the brain) reacts to changes in our environment. It constantly works to preserve optimal functioning as a whole which is defined as homeostasis or a homeostatic state. Its response and interaction with the environment is dynamic and continual, operating at many levels some within conscious awareness and many out of the range of our conscious perception. An example of a biological process not in a continual awareness state would be the digestion of food. Certainly we may respond to or be aware of eating, although after vigorous physical labor we may see the grand spread of food before us and wolf it down, not paying particular attention to savoring each tasty morsel, but eating quickly because our stomach says feed me.

So we choose at some level to be partially only partially conscious of the sensation of taste because the biological requirement of providing energy to fuel the body (remember, survival first) blocks the more sensate focus of enjoying each tasty morsel of food. This is adaptive and common sense that most of us understand on a very basic level.

Continuing with this example, much less conscious awareness would typically be available to the digestion process, this process where food is broken into useful and usable components is something we don’t pay much attention to, it is relatively automatic. Imagine how maladaptive it might be to be consciously contemplating and focusing in the digestion process while driving down a road on the side of a mountain while in the middle of a blizzard. Under these circumstances driving off the side of a mountain while consciously focusing on digestion of our lunch could be much less adaptive than keeping our eye (and corresponding muscle and bodily movements) attending to staying on the road and successfully completing the task of driving to our destination.

Events we might define as stressful can alter our body systems to change its homeostasic range, which can be adaptive for that moment. The startle response and body reaction to manipulate our motor vehicle seeing a deer running out in front of us to stay on the road and hopefully not injure the animal can change the bodily homeostasis while in this situation. After this event the various systems react to bring it back, that is alter the balance back to the regular driving the vehicle mode.