Cranial Electrotheapy Stimulation is a unique and viable bio-electric approach which enhances the homeostasis of the biological central nervous system—the tendency for intrinsic balance within a system. User-friendly, it employs mild battery-powered electrical stimulation through clip-on electrodes attached to the earlobes or pre-gelled electrodes placed behind the ears. Current flow is limited so that the most the patient experiences during the process is nothing more than a slight tingling sensation. There are virtually no negative side effects. Gently adding energy back to all parts of the brain, CES helps return the user to the optimum state in effect before stressors were activated. 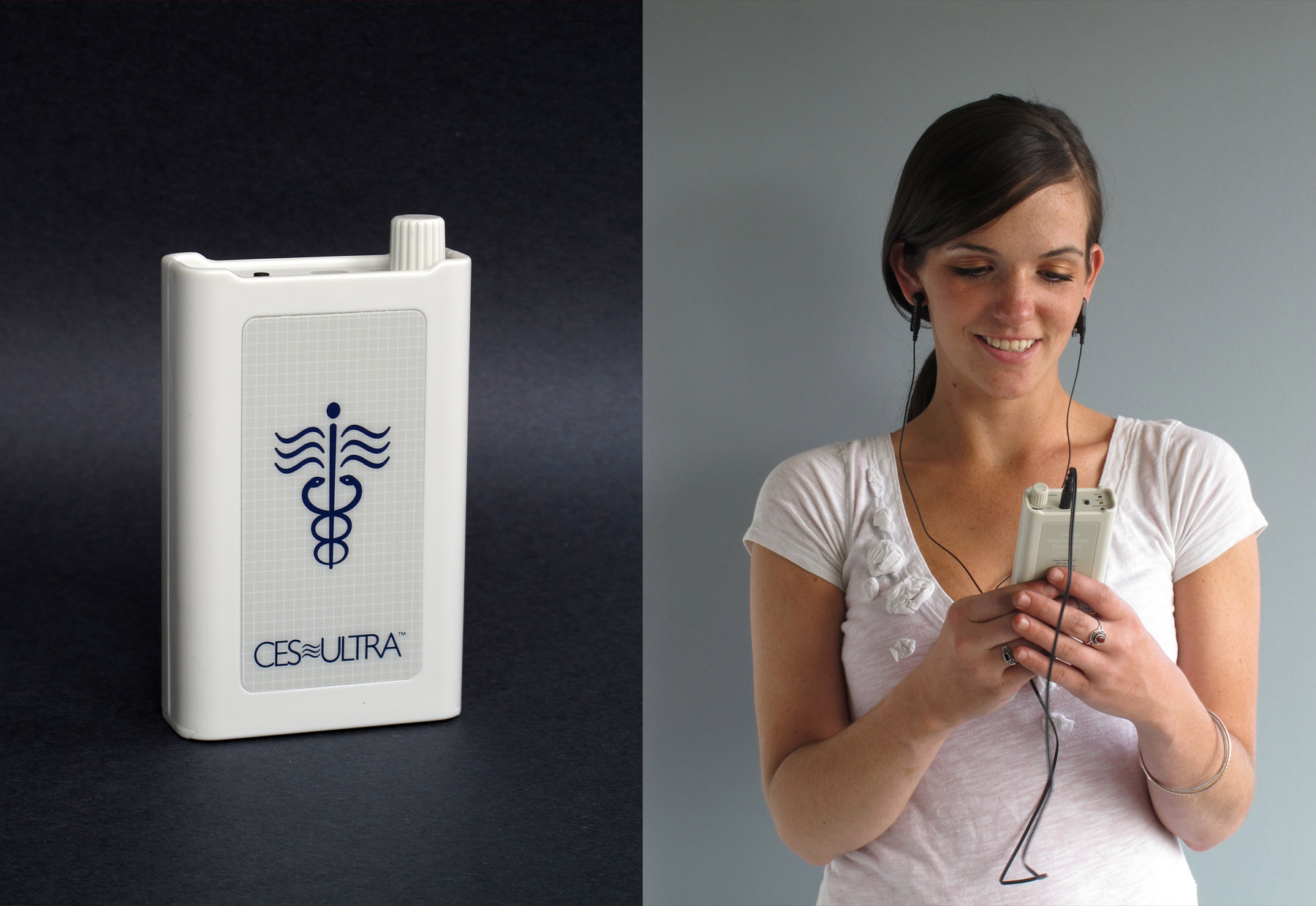 CES impacts most directly by reducing anxiety. This is often experienced in the course of treatment; for others, hours, or several days after. CES leaves the patient feeling both relaxed and alert. The effect differs from pharmaceutical treatments in that people report their body as feeling lighter and more relaxed and their mind, more alert and clear. Results are cumulative and lasting. For those suffering from depression and anxiety, CES means relief with none of the unpleasant side effects of prescription drugs. For those seeking nothing more than a good night’s sleep, it is an alternative to habit-forming tranquilizers. For a public increasingly concerned with the effects of stress on physical health and emotional well being, CES provides a way of addressing that stress in a safe and effective manner. CES is not only for those with a diagnosed condition but those simply coping with the stresses of an everyday existence. Whether one is a student under pressure in preparing for an exam, an athlete dealing with pre-competition anxiety, a businessman dealing with the stresses accompanying his work, or a housewife juggling her many responsibilities, CES can help them lead a more balanced and productive life.

CES should not be confused with electroconvulsive shock therapy (ECT) or aversion therapy. By generating battery-powered micro-amperage through electrodes placed just below the mastoids or conductive rubber ear-clips on each ear lobe, CES induces a pleasant and comforting experience. Individuals may use the unit, which is about the size of a pack of cigarettes, at home or at work without interrupting their normal flow of daily activity. CES has no known negative effects and can be effectively used therapeutically without drugs.

It is hypothesized that CES acts by direct stimulation of the brain in the hypothalamic area with specific electronic frequencies. Such stimulation causes the brain to manufacture its own neurochemicals, such as norepinephrine, dopamine, serotonin, and acteycholine up to levels of pre-stress homeostasis. Research findings compiled from several human subject studies, involving rapid rises in beta endorphin levels in cerebral spinal fluid following CES therapy support the hypothesis that a mild effect is produced at the hypothalamic area of the brain. CES stimulated endorphins inhibit the increased levels of norepinephrine from unduly stimulating neuroreceptors on the locus ceruleus so that anxiety and associated panic states are effectively blocked. Recent findings also indicate that CES stimulated acetycholine production in the memory channels of the hypocampal gyrus improves cognitive functioning, increasing both short term memory and the ability to retain new information over time.

Historically, variations of CES therapy have been in use in Europe under such labels as Electrosleep, Neuro-Electric therapy, Transcranial electrotherapy, and Transcranial electrostimulation. Serious research with CES was initiated in the United States in the mid 1960s. …based upon the findings, CES had definite therapeutic value as a non-drug, non-invasive treatment for stress and anxiety related illness.