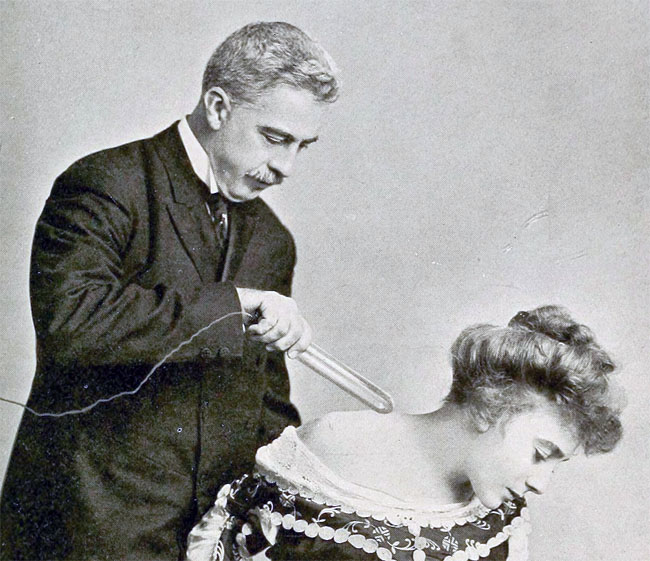 The history of the medical use of electricity goes back more than 2000 years.  In AD 46, the Roman physician, Scribonius Largus wrote his Compositiones Medicae,  recommending patients stand on a live black torpedo fish to relieve gout and other pain.  To do this they waded out into shallow water in the ocean and stood on the fish (presumably against its will).

Much later, Claudius Galen (131-201 AD) was still recommending the use of shock from electrical fish for various medical therapies.  Galen’s word was “law” in medical circles for several thousand years, as was his recommended use of electric fish.

Electricity was not generally known and used separately (from fish) in medicine until the 1700s, when various medical devices were developed and used.  An earlier researcher developed an electrical device that could be used to shock a heart that had stopped beating into beating again.  The church stopped that treatment very quickly by saying that bringing dead people back to life was the work of the devil.

By the time John Wesley and his brother and their friends left the Anglican Church and began Methodism which took the Word directly to the people in the streets of London, they also set up medical clinics for the treatment of the indigent.  In each of those clinics they installed electrical treatment devices.

By the turn of the 20th century, the vast majority – some say more than 90% – of physician’s offices in large U.S. cities, such as New York City, had electrical treatment devices on hand. 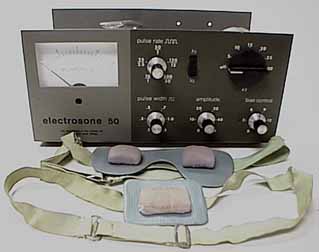