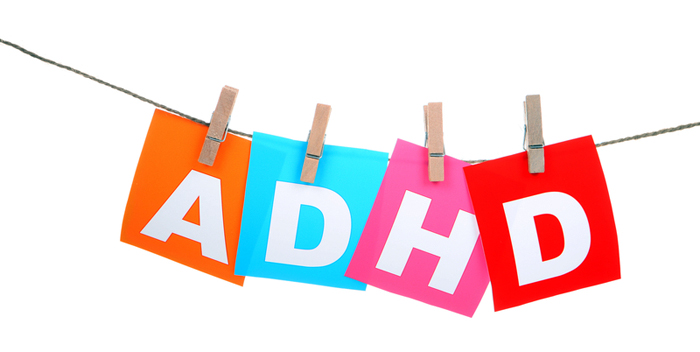 From a satisfied user.

I LOVE our CES Ultra!! My 8 year old has such severe ADHD he cannot sit still to save his life!! BEFORE CES Ultra, my little guy had to take Adderall 2x/day plus Zoloft once a day for mood control because the Adderall increased aggression a LOT!! Also, the Adderall made him toss and turn until almost midnight each night! (And THAT kept big brother awake in the top bunk…) I hated it!!!

I weaned my child off meds shortly after school got out. Then I started using the CES Ultra. It made a huge difference such that even his cousin noticed! On our first visit (while still on Adderall and Zoloft), he ran all around and was into everything.

On our next visit 3-4 weeks later, my son was so much more calm, not running and not into everything!! When school started, I chickened out and did add Adderall only ONCE a day, in the morning. Eventually, I discovered essential oils and added a couple of mixes. With Adderall only in the morning, plus CES morning and after school, my child no longer tosses and turns half the night and only takes one pill/day vs. 3/day!

CES and the non-drug alternative for your children was last modified: November 22nd, 2016 by cesadmin

The CES Ultra has arrived in China. We are represented there by Shenyang State Science and Technology Co., a major technology firm focused on the development of computer hardware and software support network systems, and integration services related to education and health care and the research and development, production and marketing of medical products. They have just attended a major medical equipment exposition where they featured the CES Ultra. It was extremely well received and trial-tested by hundreds. We will soon be launching a major campaign in China in conjunction with our distributor. See the picture to get a sense of the reception we received. 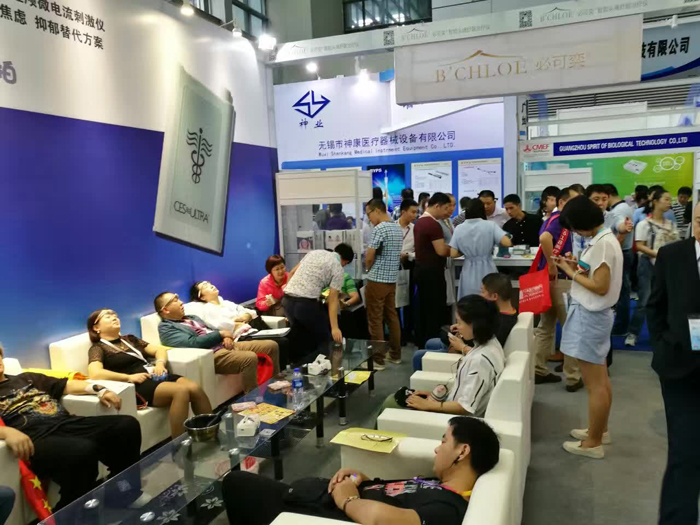 Depression has been linked to problems or imbalances in the brain, specifically with regard to the neurotransmitters serotonin, norepinephrine, and dopamine. The evidence is somewhat indirect on these points because it is very difficult to actually measure the level of neurotransmitter in a person’s brain. What we do know is that antidepressant medications (used to treat the symptoms of depression) are known to act upon these particular neurotransmitters and their receptors.

The neurotransmitter serotonin is involved in regulating many important physiological (body-oriented) functions, including sleep, aggression, eating, sexual behavior, and mood. Serotonin is produced by serotonergic neurons. Current research suggests that a decrease in the production of serotonin by these neurons can cause depression in some people, and more specifically, a mood state that can cause some people to feel suicidal.

Drugs, however, have many negative side effects. Other options need to be considered. People who are depressed need a safe way to restore the neurochemistry (NC) of their central nervous system.

Everyone’s neurochemistry (NC) is slightly different than everyone else’s, but everyone is addicted to their own NC. If your NC is that of a depressed person, you need to reverse it. Your brain needs to learn how to go back where it once was by restoring it to a proper balance.

Your neurotransmitter activity is very much a function of the electrical activity in your brain. CES can help get your brain electrical activity functioning normally, thus helping return your NC back to pre-stress homeostasis. Once your brain’s receptors start calling for the rebalanced levels, you’ll return to what was normal for you in the past. And your depression should ebb.

The CES Ultra, Cranial Electrotherapy Stimulation (CES), can bring you true relief. It’s a proven way to treat feelings of depression-without using drugs. Studies show that approximately 70% of people with depression who use the CES Ultra find 70% relief of their symptoms. 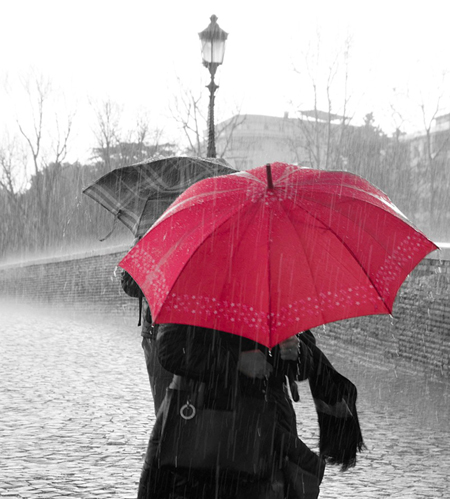 Beat the Rainy Day Blues with CES Ultra
CES has no withdrawal symptoms, unlike most drugs. It also has not negative side-effects. You can also use the CES Ultra while still on your medication. In fact, don’t go off your medication until your doctor tells you to do so.
Depression and Neurochemistry was last modified: November 1st, 2016 by cesadmin