We hear a lot about there being two different kinds of sleepers — early risers and night owls — but researchers from the Siberian Branch of Russian Academy of Sciences have identified two new groups to add to the mix. And, perhaps not surprisingly, one of them includes people who feel tired all day long. Want to know if you fall into one of these new categories? These are the different types:

1. Early Risers
Dubbed “larks” by researchers, these individuals prefer getting up and going to sleep early over late nights. And they show higher energy levels between the hours of 9 a.m. to 9 p.m.

2. Late Risers
These sleepers, also known as “night owls,” prefer to wake up late and are more alert in the evenings, and likely have a hard time functioning very early in the day. They show higher energy levels between 9 p.m. and 9 a.m.

3. High Energetic
Sticking with the study’s bird themes, we’ve dubbed this group “hummingbirds” — they have energy the entire day (lucky!), and also snoozed about 30 minutes less overall than the other three groups. And even though they averaged about 7.5 hours a night, they still felt sprightly in the morning and night. 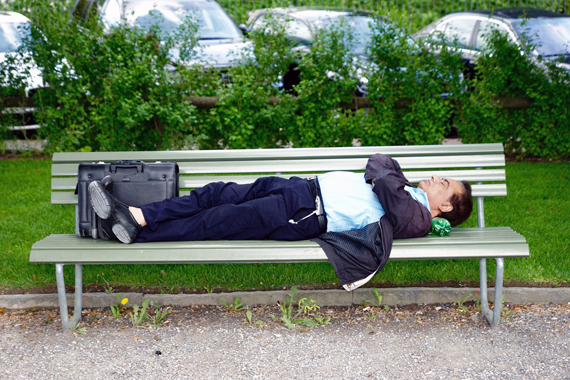 4. Always Tired
This group feels lethargic all day no matter how much shut-eye they get. Researchers didn’t have a bird name for this one — and frankly, they sound more like the koala (who sleeps approximately 18 to 22 hours a day).

What You Probably Didn’t Know About Sleep

a. Alcohol impacts your REM sleep.
Booze is a snooze-inducing depressant that puts you to sleep, but also lightens your sleep, says pharmacist Keith T. Veltri, clinical pharmacy manager of Montefiore Medical Center. You may still remember dreams, though, since the alcohol causes increased arousals — and you can only recall a dream when you wake up during it.

b. Some medicines interfere with your sleep.
Benadryl (or diphenhydramine), a common allergy medicine, may result in shortened REM and fewer dreams, says Veltri. Prescription drugs that can cause nightmares include beta-blockers, which are usually prescribed for high blood pressure, the Parkinson’s disease drug, Sinemet, and the smoking-cessation medication, Chantix. Some drugs, such as antidepressants and barbiturates, also reduce REM sleep.