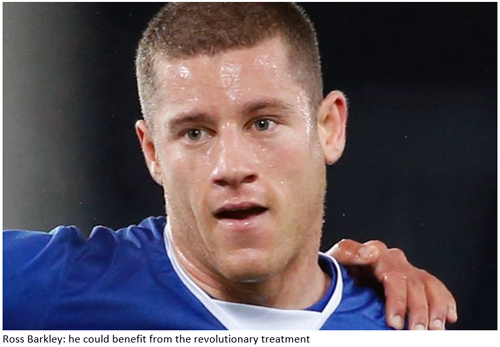 Top international football stars are being offered electrical brain wave therapy to speed up their recovery from injury.

Premier league side Everton have adopted the treatment, which is also used to treat patients suffering from depression.

England stars Ross Barkley and John Stones are just some of the squad among first team players who can have the revolutionary treatment.
Other top players who can benefit include Leighton Baines, Romalu Lukaku and Gareth Barry.

The mild electrical currents help players with pain relief and it helps cut recovery time from injuries by a third. 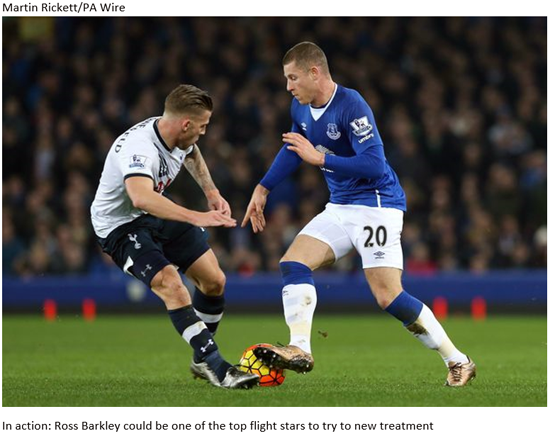 It involves mild electrical pulses being delivered to the brain and injured muscles to stimulate the natural healing process.
Earlobe clips or head pads deliver a mild current which helps the brain create the feel-good chemical serotonin which aids recovery.
The pads are also be attached to muscles but the therapy works better by treating both the brain and the muscles together.
Known as cranial electrotherapy stimulation it works by wiring up players to an machine which delivers Alpha waves to the different parts of the body.
Everton is the only club in the UK to use the groundbreaking treatment. 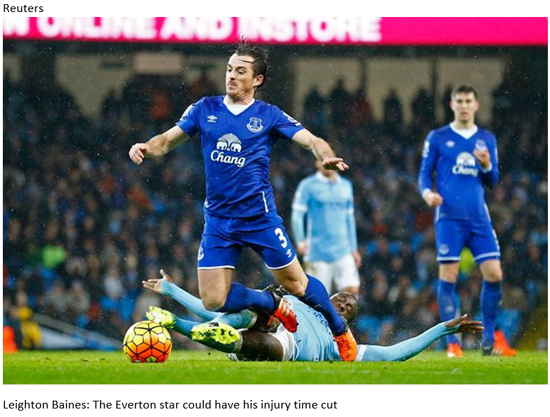