CES represents a safe intervention for conditions for which existing treatments, especially pharmacologic and invasive interventions pose significant risk for adverse side effects. It is especially beneficial in defined populations. These include those who refuse medications and psychotherapy, dual diagnosed patients, geriatric patients, females of child bearing age and during pregnancy. Like in any intervention, patients should be appropriately provided informed consent. This includes the state of the science on its efficacy for the condition for which it is being recommended. To effectively preclude its availability denies patients the ability to consider this modality and force them to choose from others with significantly greater risk.

Excerpts from “A View from the Trenches” written by Jason Worchel, M.D. 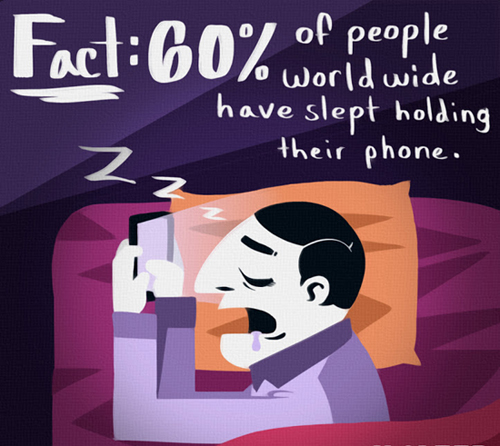 The findings of a seven-country survey of more than 7,000 people about smartphone habits released by Motorola, the newly acquired division of Chinese electronics giant Lenovo, shows:

Sixty percent of those surveyed said they slept holding their handsets — with the highest percentages in India (74 percent) and China (70 percent). And 57 percent said they took the device into the toilet, with the highest totals from China and Brazil.

One in six smartphone users said they used their phones while showering, and more than half — 54 percent — said they would reach for the smartphone before saving their cat in the event of a fire.

How close are people to their devices? 22 percent said they would give up sex for a weekend before parting with their smartphone. And 40 percent tell secrets to their phones they would not reveal even to their best friend.

The survey was conducted online by KRC Research with a total of 7,112 smartphone owners in the United States, Britain, Brazil, China, Spain, Mexico and India.

PUT DOWN YOUR IPHONE AND PICK UP YOUR CES ULTRA FOR A GOOD NIGHT SLEEP.

For a balanced life, a good night’s sleep, and waking up refreshed each morning, try the cesultra, . No more excessive medication.. Live a drug-free life.

For more information go to www.cesultra.com