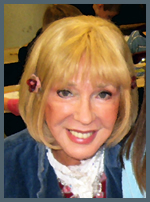 Note: The Health Pax CES unit mentioned prominently in the article is an earlier version of the CES Ultra which has the exact same configurations as its predecessor.

One of the most important, but also most neglected areas of application of CES is in the area of addiction. Starting with this article, we are giving over space and attention to this application. We begin with this three part essay from Health Recovery Center.

Dr. Joan Mathews-Larson founded her unique psychobiological model for treating addictions and emotional disorders in 1981. The focus of her clinic, Health Recovery Center®, is to combine therapy with intervention at a molecular level to repair the biochemical damage that manifests as impaired mental functioning and behavior problems. She and her son were kind enough to share with our readers their experience using CES in the treatment of addiction.

The bumper sticker said, “If you ain’t mad, you’re not paying attention.”

This is the story of Health Recovery Center, a unique addiction treatment center that has pioneered a treatment model based on orthomolecular medicine.

HRC was conceived after the loss of a mother’s seventeen-year old son to suicide shortly after he completed a standard, state-of-the-art, inpatient treatment program. Out of anger and anguish, the surviving mother, my mother, Joan Mathews-Larson, began a quest to understand what went wrong: Why didntreatment fail; why did Robby have to die?

Today, forty years later, we not only know why traditional treatment failed, but we’ve gained scientific insight into understanding what perpetuates the ongoing forces of addiction (cravings, depression, anxiety) and how to correct and neutralize those forces using natural, non-addictive substances and vibrational medicine.

In spite of knowing and building on this knowledge for many years, HRC has remained a voice in the wilderness against standard treatment industry procedures and its attempts to limit access to new breakthrough methods.

Those not familiar with the background of traditional alcoholism treatment in the U.S. may wish to note that since it was first postulated that alcoholics could be rehabilitated, talk therapies have been the primary tools of addiction treatment.

Although study after study has proven psychological talk-based treatment has little to do with affecting successful outcomes for this physical disease, they remain the foundation of most addiction treatment programs. In fact, some therapies may actually do more harm than good. One study, poignant to me, revealed 1 out of 4 treated alcoholic die from suicide, most within the first year of completing treatment. M. Berglund, “Suicide in Alcoholism,” Archives of General

Recent advances in understanding how chemicals affect moods, memories, and emotions of the brain, have led to an unprecedented development of new drugs by the pharmaceutical industry. Alcoholics and clients of the addiction treatment industry represent a tremendous opportunity to pharmaceutical companies.

Say hello to the age of “dual diagnosis,” where psychotherapy is now augmented with high-powered, addictive, brain altering drugs as part of the “treatment process.” Sadly, most people don’t know is there are better ways to treat alcoholics and drug addicts: safer, less expensive, and more efficacious than using drugs.

Health Recovery Center was founded in 1980 as a private treatment clinic to share the knowledge Joan had amassed in her quest to understand why treatment failed her son. Its mission was to deliver treatment services based on the mounting evidence of the physical nature of the disease with the hope that treatment outcomes would improve and others wouldn’t suffer the same fate as Robby.

Needless to say, Health Recovery Center was destined to become an atypical addictions treatment clinic. The program ran on a different track from standard psychological treatment programs. It incorporated orthomolecular concepts as the foundation of its treatment approach. HRC has functioned as a proving ground for many alternative ideas, not as a research lab, but as a bridge between research and practical field application where research must finally get to, to be of value.

The term Orthomolecular was coined by one of the great geniuses of the 20th century: two-time Nobel Prize laureate, Dr. Linus Pauling. He was the first to call mental disorders molecular diseases, the result of biochemical abnormalities.

According to Dr. Pauling, “The mind is a manifestation of the structure of the brain itself.” Problems characterized as psychological are, in fact, physical due to abnormal conditions of the brain. As such, these conditions can be physically manipulated to restore balance and stability, thereby correcting mental disorders.

“Orthomolecular Medicine is the treatment of mental disease by provision of the optimum molecular environment for the mind, especially, optimum concentrations of substances normally present in the brain.” —Linus Pauling

Dr. Joan Mathews Larson recognized the brilliance of Dr. Pauling’s insights. They provided the answers she had been searching for that explained why traditional treatment failed her son. Recognizing the potential this orthomolecular approach could have in the treatment of addictions, Dr. Larson became the first to incorporate those philosophical concepts into a workable treatment 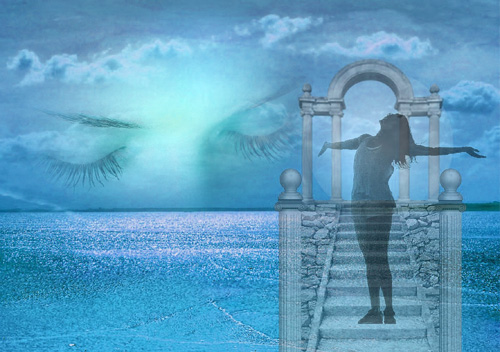 Note: What HRC began in the 80s, i.e.: addressing addictions and alcoholism as physical imbalances in the brain, is, in philosophical terms, similar to the way pharmaceutical companies have now begun to address addictions and alcoholism 25 years later—with several important distinctions: HRC corrects biochemical imbalances after careful prescreen analyses, corroborating lab work from scrutinized reliable laboratories, and on-going monitoring using the real “natural chemicals” that are native to our brains.

Natural chemicals refer to the chemicals nature designed, the chemicals we evolved on, the substances that are needed to sustain life: vitamins, minerals, amino acids, enzymes, phytochemicals, essential fatty acids, and hormones. Because these chemicals occur naturally in foods, they cannot be patented so drug companies cannot make profits from them.

Drugs, however, are different. Although derived from natural sources, their chemical structure is changed. Once altered, they can be patented and sold for big money. From an efficacious viewpoint, they confuse and conflict with the natural order of how our bodies function, often creating a toxic effect. A misperception many people harbor about pharmaceuticals is that they are somehow different, safer, and more beneficial than street drugs. In reality they behave similarly in the brain in many ways. In short-term emergencies, drugs prove useful and even life saving, but when looking for long-term solutions to biochemical imbalances, many pharmaceutical drugs lead to dependence, brain damage, intense withdrawal, and premature death.

Pharmaceutical companies rarely run tests to see if levels of these man-made products are present in the body at safe levels. The ideal level for a toxic drug is zero. Hugh Reardon, a famous orthomolecular physician, once stated, “No one’s depression was ever caused because they didn’t have enough prozac.” Think about it.

For many years Dr. Larson’s Health Recovery Center built its reputation and a tremendous success rate on the foundation of orthomolecular treatment. Many have come to us asking to receive the physiological repair traditional therapy never provided, or to be helped off the addictive pharmaceutical drugs a psychiatrist from a previous treatment center put them on.

Without orthomolecular medicine, such requests would be difficult, if not impossible, to grant. Humans are biochemical beings; addictions are the result of the molecular balance gone awry; so the priority of successful treatment is biochemical repair. But dedicated healers are always looking for more and we discovered another important healing mechanism when we came to understand vibrational medicine.

We were impressed with how Albert Einstein’s famous equation, E=MC2, explains the value of combining the chemicals that run the brain and body with the electrical energy that fires these chemicals. Einstein mathematically proved energy and matter are duel expressions of the same universal substance. In terms of medicine, Einsteinian physics suggests a new paradigm for understanding living organisms as “dynamic energetic systems.” We learned from Dr. Richard Gerber ‘s Vibrational Medicine:

“Attempting to heal human beings by manipulating basic vibration energy levels is an extension of Einstein’s theory applied to healing called ‘vibrational medicine.’ When the human organism is weakened or not in balance, it oscillates at a different, less-harmonic frequency. This abnormal frequency reflects the state of a person’s cellular energy imbalance. If the person is not able to regain balance or increase their energetic mode to a normal frequency, supplementing a tuned frequency may be required. “