We sought out the needed tool Dr. Gerber suggested and found it in a small box called a CES (Cranial Electrotherapy Stimulation) unit. Indeed, we saw the CES unit could function as a frequency assistance tool. 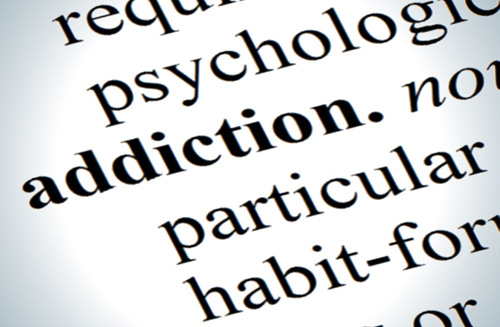 The first units we incorporated into our program operated at a frequency of 1.5 Hz. Clients used the unit for 1-2 hours per day. Based on subjective feedback from clients, results were negligible. In other words, the results we were used to seeing with biochemical restoration alone seemed neither enhanced, nor diminished by the addition of this electrical frequency tool.

In a fortuitist trip to an Oklahoma conference where Joan had agreed to lecture at an Indian Diabetes Conference, I met the staff of the treatment clinic, TK Wolf and Assoc. Senior counselor Clark Inkanish, called me aside, handed me a HealthPax CES unit and told me to try it out. I was surprised by the different sensation it provided. Unlike the 1.5 Hz units we had been using, this one used a frequency of 100 Hz; it felt more energetic and substantial. Clark shared how these units were used at his clinic and the success they were seeing. Joan and I decided to change over to HealthPax units as soon as we got back home.

Unlike medical studies dealing with physical substances that can be measured, vibrational medicine deals with frequencies—pure energy. Although there are ways of measuring electrical activity in the brain (through EEGs measuring brain waves), subjective responses are the only criteria HRC uses to evaluate the benefits CES contributes to treatment. This may not meet the standards of those who are conducting research, but for clients who are suffering with cravings, depression, anxiety, insomnia, loss of memory, and physical pain due to injury, finding relief is their primary concern. After switching to 100 Hz HealthPax units, feedback from HRC clients became much more positive.

Not all responses were positive however. Early on we saw clients attempting to wean off pharmaceuticals, particularly benzodiazepines, were getting headaches whenever they wore their CES unit. Those who made a clean break from their addictive substances did not experience prolonged headaches; stabilized quicker, and for the most part, found CES a pleasant experience.

I believe specific frequencies of CES accelerate the clearing of toxins in the brain, either by moving more blood through the region; or by the stimulation of neuronal firing, and enhanced enzymatic actions; or in concert. In any event, withdrawing from drugs while using CES is actually prolonged when weaning because the drugs are being continuously reloaded. The result is an ongoing stream of toxic drugs being flushed through the brain at an accelerated rate, and a headache.

I believe for that very reason Researcher Dr. Meg Patterson reportedly encouraged her clients to go “cold turkey” off pharmaceuticals once they began NET (Neuro Electro Therapy), Dr. Patterson’s version of CES; however, as a licensed medical clinic under the direction of a doctor with his own medical license to protect, HRC can not require clients to follow Dr. Patterson’s

unorthodox approach, although I believe in the long run it would be a less painful and an easier withdrawal for them.

That’s not to suggest weaning is wrong. Having seen the effects of those in withdrawal from benzodiazepines I can say that weaning is a prudent way to proceed; however, for those incorporating CES in their treatment plan, the rules change. The withdrawal may be as severe, even more so, but it is accelerated significantly.

At HRC it’s my roll to orientate new clients to CES and to explain the how’s and why’s of using a HealthPax unit. I’ve had yet to meet a client who didn’t stand to receive some benefit from using a HealthPax unit. Although people are biochemically unique, biochemical generalities can be stated about the average substance addiction client: nearly all are in a poor state of health, both physically and emotionally; most are depressed, anxious, stressed, fatigued, not sleeping

well, unable to concentrate, and low in energy; some are suicidal, angry, compulsive/obsessive; and many are struggling with symptoms of allergies.

To our clients I explain CES is used in our program to address 5 major problems associated with addictions: cravings, anxiety/depression, insomnia, pain, and cognitive function. They are told their CES unit should be used as much as possible, around the clock if possible for the first two days. After that, they may use it as much as they want to, but no less than one hour per day to achieve the results written up in the studies I’ve reviewed.

Cravings. Because cravings are most severe when clients first begin our program, there is a sense of immediacy to getting them “hooked up” and orientated to CES early on.

Many studies are available to support the decision of using CES for cravings. I found an experiment done on dogs in the early 1970s a particularly good example: researchers proved by injecting dogs with drugs that blocked dopamine reuptake and inhibited acetylcholine monoamine oxidation, Parkinson-like symptoms could be artificially produced. Concluding the experiment, some dogs were left to recover without medical assistance; they normalized in 3-7 days. Others were given CES; they normalized in 2-8 hours! *

Like the dogs in this study, many of our clients have experienced strange physical effects and “psychological distress” resulting from having receptor sites artificially stimulated and neurotransmitters depleted from drugs and alcohol.

During the first days of treatment, as clients “dry out,” they feel the full brunt of damage chemicals have done to their bodies and brains. Clearing toxic residues must occur before stable feelings will return. This is why we encourage clients to wear their CES units around-the-clock when starting treatment. Why suffer through the clearing of toxins for weeks or months when CES can get it done in hours or days?

Of course, HRC clients receive full biochemical repair in conjunction with their CES. Intravenous ascorbic acid drips are given as a safe effective detoxification protocol that detoxifies every cell. Electrical stimulation helps to accelerate the flushing of toxins mobilized by the C-drips, shortening the uncomfortable time spent in a high state of toxicity. Whenever clients are getting IVs, they are encouraged to wear their CES units.

A common contributing factor of stress and anxiety among alcoholics is high cortisol. Cortisol is a hormone produced by the adrenal glands that lingers in the bloodstream for hours. At HRC we confirm elevated cortisol with a hormone test. High cortisol is so prevalent among our clients we dedicate a two-hour group neducating them on the importance of lowering their cortisol levels through lifestyle changes, dietary changes and specific biochemical interventions.

One reason CES lowers stress and anxiety, and helps normalize sleep it that it reduces high cortisol levels. Why CES should have this effect is not fully understood; however, in a study that measured levels of stress in lab rats, plasma levels of cortisol were found to be significantly lower in the animals who received electrostimulation. *

Among the many substances needed to maintain stable brain functioning is an essential amino acid and precursor to serotonin called L-tryptophan. Without tryptophan, serotonin levels become abnormally low resulting in depression, suicide, and spontaneous murdering.

Now that the treatment industry has entered the age of duel diagnosis, standard medical protocol for treating a depressed client is to start them on an SSRI (selective serotonin reuptake inhibitor) to artificially fire the last bit of serotonin out of their neurons. The first few weeks usually bring some relief; after that, depression often returns and increasing the prescription dose typically begins. HRC has found that clients who come to us on an SSRI for depression are usually still depressed.

We feel a better approach is to simply restore levels of serotonin in accordance with nature’s design: by ingesting the only substance that will convert into serotonin—the amino acid L-tryptophan. Combining Ltryptophan supplementation with CES helps accelerate the reloading of serotonin into the brain.

To those who require an explanation of why or the mechanism of action, I can only speculate: supplementing specific electrical frequencies to the brain appears to enhance and accelerate methylation. Methylation is a process in which amino acids are converted to neurotransmitters. In a related study on lab rats it was shown increased serotonin (5HT) synthesis occurred when electrical stimulation was applied through surgically implanted electrodes*. Ltryptophan provides the raw material to make serotonin and electrical stimulation provides the boost for serotonin synthesis. It works!