Medications affect levels of neurotransmitters, or chemicals such as serotonin, norepinephrine or dopamine, naturally present in the brain (within or between nerve cells) known to affect how we feel, think and act. Electrical stimulation and magnetic fields induce currents that change the way that brain cells, called neurons, fire. In other words, medications work on molecules and brain stimulation works on cells. Brain stimulation, notably, has no known interaction or effect on medications a person may be taking, unlike most other treatments we have. Neuroscientists and psychiatrists have been searching for alternatives to pills for centuries because too many individuals do not fully respond or have side effects and medical complications from the medications so far developed. 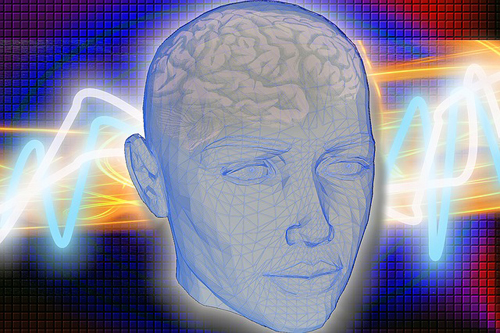 Interest in electrically stimulating the brain dates back to the 1930s when Italian scientists developed a means of inducing a brain seizure by applying an intense electric current to the scalp – which we now call ECT. While ECT remains an important treatment today for those individuals whose condition, especially severe depression, does not respond to medication and therapy — it does require anaesthesia, produces at least short-term memory problems, frightens many people, is costly and is often transitory in its effects. Hence, the search for alternative means of improving brain functioning in people with psychiatric disorders.

Remarkably, over 60 years ago (1949) scientists in the (then) Soviet Union began applying a very low voltage alternating current to stimulate the brain, CES or cranial electrical stimulation, which they called “electrosleep” to treat insomnia (cranial refers to the skull or cranium, where the electrical leads are placed and the scalp stimulated). This treatment does not deliver any where near the electrical current needed to induce seizures. The repertoire of brain stimulation techniques grew in the mid-1980s when magnetic fields were applied around the cranium to stimulate the brain, a technique knows as TMS, or transcranial magnetic stimulation. More recently, brain stimulation has been done surgically by deep brain stimulation (DBS) and vagal nerve stimulation (VNS), which were first used for neurological conditions such as epilepsy and Parkinson’s disease, then adapted for psychiatric conditions. Of all the brain stimulation procedures available recent interest has been greatest about CES and TMS.

2 thoughts on “Electrical Stimulation instead of Pills”