Ann N. Dapice, PhD (Lenape/Cherokee) has long been a proponent of the use of CES ( cranial electrical stimulation) for the treatment of addiction. The following is an excerpt from her presentation at the World Diabetes Congress in Melbourne, Australia recently. 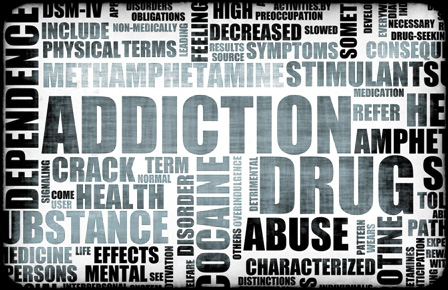 For more than 10 years we have had evidence that relapse to chemicals occurs when brain waves are irritable (Anderson, et al., 1999; Bauer, 2001). Thus chemical abuse happens when people self-medicate. Inexpensive micro current cranial electro-therapy stimulation, or CES, run by a 9-volt battery, balances neurotransmitters and brain waves, has long been FDA accepted, double-triple blind researched, is without negative side effects , yet remains largely ignored. Research demonstrates the positive result of CES on anxiety, depression and PTSD—frequently co-occurring diagnoses with alcoholism and diabetes. Similarly, we have known that good proteins, fats and carbohydrates are required for functioning brains and bodies. When we “prescribe good diets” to build necessary neurotransmitters and balance brain waves allowing neurons to work effectively together, we are prescribing chemicals—every bit as much as “prescription drugs” but without negative side effects. These are less costly solutions.

There are still many unanswered questions. Why do some become addicted to alcohol, certain foods, nicotine, sex, risk-taking (taking down the world economy)—while others don’t? Never mind the selling of these addictives in the marketplace or that risk-taking in business is rewarded—while shamed in gambling. Religious groups will deny certain substances to their believers while over-indulging in others that are just as destructive. Fatty meals at church suppers may produce endocannabinoids given physiological process (Piornelli & DiPatrizio, 2011). People eat these who wouldn’t think of using marijuana.

I never planned to focus on alcoholism and diabetes. I knew about neither as a child—although I did know about obesity in women who worked hard physically for long hours, showing that exercise is necessary but not sufficient. My first memory of diabetes was a college classmate who would give herself extra insulin so she could eat as much ice cream as she wanted. As a college professor I often lunched with two colleagues, one a “recovering alcoholic,” now Type 2 Diabetic, who would “shoot up” as much insulin as he could to eat as many desserts as he wanted (SLIDE of syringe). The other colleague, on ADHD medication, would purposely wait until after lunch to take his Ritalin so it wouldn’t lower his appetite. He loved to eat! He now has TTD. When we began our non-profit American Indian organization focusing on addiction and mental health issues, we quickly discovered we had depressed diabetic patients as well. We attended addiction conferences where tables were heavily loaded with sweet pastries—and diabetic elders were gathered around in wheelchairs with amputated limbs, laps filled with plates of high carb foods. (SLIDE)

About a decade ago a colleague from Australia, also using CES for addiction, visited our office and said she was shocked to see such obesity in the US. We had begun working with a variety of researchers across the world regarding the origins of addictions. We learned that hunters and gatherers and peoples who last received grains had the greatest levels of alcoholism since they had no evolutionary time to adjust to the grains (Mathews-Larson, 1991) — just as some people are lactose intolerant today. Corn was essentially the grain of the Americas but across tribes it was treated with lye or lime calcium to release the protein and thus was not the infamous “high fructose corn syrup” we know today. North of Mexico, American Indians were told to stop treating their corn with lime or lye and to use wheat flour, dried milk and other commodities given them. Indians north of the border soon had far more alcoholism and TTD than Indians from the same tribes in Mexico. That has changed rapidly since US products moved into Mexico and the entire world with the highly desired and storable high fructose products (Lustig, 2012, Popkin, 2007).

Before European encounter, Indians only used tobacco as sacred medicine. It took Europeans’ desire for frequent use, growing large amounts first through slavery, then the industrial revolution, to make it a global addiction. Thus tobacco dependence came through colonization—even from a plant originating in the Americas. The abuse of corn and tobacco caught Indians in the same tangled web of corn products and tobacco addiction. Both contribute to the ravages of alcoholism and TTD worldwide.

More recently, we have Robert Lustig’s (2012) analysis of the similarity of metabolism in TTD and alcoholism . We also have growing suspicion, if not clear evidence, that “diet” sweeteners tell the tongue to prepare the pancreas to secrete insulin. Diet drinks used by the obese and diabetics seem not to help with obesity and continue the desire for sweet tastes—whatever the physiological process.

Our experiences in research and practice have shown that people can change their diets and addictions—no longer even “like” the tastes of foods and substances that destroy their minds and bodies. They can use simple and inexpensive CES to normalize their brain waves. We can show them how, stop telling them they have to “bottom out” or that they are spiritually defective. Clinicians need to help addicted people reason, not rationalize, the consequences of their addictions. Most people have diseases and illnesses of some kind—and we don’t blame them. But we use tremendous shame and blame in response to alcoholism, obesity and diabetes. Most of us have addictive preferences and while we are not responsible for our genetics (Propping, et al.1981; Begleiter &Projesz, 1988), or prenatal environment (Whitaker & Dietz, 1998), we are responsible for the consequences of our addictions. Working with the unique needs of each client we can help clients respond effectively to their brains and bodies—just as we have accomplished overproduction of bad foods and substances in the world. That is our work now.

CES and Addiction was last modified: September 11th, 2017 by cesadmin