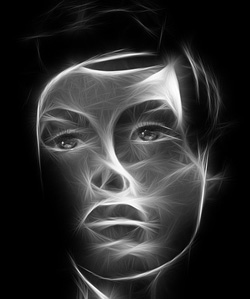 Anxiety is a common mental state expressed as uneasiness or apprehension about an uncertain future event or occurrence. Any kind of anxious behaviour incites stress reaction within your body, expressing itself with symptoms of stress. Everyone experiences anxiety to some degree in response to various kinds of stimuli and this is “normal”. But your anxiety ceases to be normal and becomes a disorder when it adversely affects normal functioning, interfering with your normal lifestyle.

Has your “Normal” Anxiety become a “Disorder”?

When you inadvertently start expressing certain stress symptoms and signs, it might be an indication that your anxiety might have crossed the bounds of “normal” and entered the realms of a “disorder”.

Anxiety disorders arise from the intricate interplay of various risk factors, genes, brain chemistry, personality types, and life events. They result in a complex group of anxiety disorders, each disorder with their own peculiar symptoms and signs.

So, what signs and symptoms indicate an anxiety disorder?

Actually, there is virtually no difference between symptoms and signs in ‘normal’ anxiety and anxiety ‘disorder’ except for persistence and increase in the number, type, intensity, frequency and duration of anxiety symptoms.

Although nowhere close to a complete list which includes hundreds of random symptoms, anxiety symptoms and signs commonly encountered include:

When should you seek Professional Help?

To have some anxiety means to be human, but when anxiety symptoms preoccupy your life, interfering with your normal functioning and lifestyle, it is time to visit your doctor.

You should be particularly cautious if your work or family life is disturbed or if your anxiety is making you depressed or causing you to resort to drinking or drugs or if you feel you have other mental conditions or you feel the urge to kill yourself.

You should immediately seek professional help so that early treatment may be initiated and to prevent any untoward outcome.

There is considerable controversy involving the efficacy of antidepressant medications.
The controversy also involves the risk/benefit analyses of currently approved interventions For example, Time magazine recently cited Kirsch’s meta-analysis in PLoS Medicine that found little benefit of antidepressants for most patients as well as Dr. John Krystal’s findings that about 25% of patients did worse on antidepressants than on placebo”.

There are also many non-pharmacologic interventions for reducing anxiety. Some of these include dietary supplements, acupuncture, meditation, yoga, and exercise. These interventions, however, are not employed by a large segment of society that suffers from anxiety.

These persons instead seek medication from their physician to alleviate their suffering. Typical classes of medications for anxiety include the SSRI’s, benzodiazepines as well as the off label use of antihistamines and atypical antipsychotic medications and antiepileptic medications.

In addition to the inherent problems with SSRI’s, there are also serious problems with the other classes of medications. A serious side effect of benzodiazepines includes their potential for inducing physical and psychological dependence. In addition, withdrawal symptoms can prove life threatening, especially with the shorter acting benzodiazepines like alprazolam. When taken as directed, which is often not the case; this class can result in compromised coordination and slowed reaction, falls, disinhibition, delirium, and anterograde amnesia.

It is not uncommon to see suicide attempts using a combination of a benzodiazepine together with alcohol and/or another sedative hypnotic. While buspirone is relatively well tolerated, it has poor efficacy for many anxiety disorders and 3 to 4 week lag time to effect often leads to premature discontinuation.

Medications such as gabapentin are used off label for anxiety disorders but there is no research to support its efficacy. Unfortunately, physicians have begun using the atypical antipsychotic medications to treat anxiety. This class of medications has a large and increasing number of very serious side effects. Recent attention has been focused on their causing metabolic syndrome.

They frequently cause extra pyramidal side effects, sedation, elevated prolactin levels and drug/drug interactions. All of these medications should be avoided during pregnancy and used with caution in the elderly. In short, the side effect profile of current pharmacologic treatments for anxiety limits their safe use. CES is a safe, initial alternative to such medications.

Insomnia
Many patients benefit from improving sleep hygiene as a treatment for insomnia. Others may improve using a sleep phase changes or treating the underlying problem such as sleep apnea, medical conditions, alcohol abuse, etc. 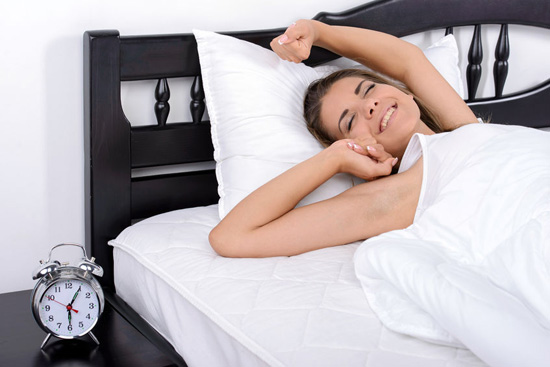 For many others, recent pharmacologic treatments prove effective and have minimal side effects. Targeting melatonin receptors is a novel and promising approach. For many persons, however, existing treatments are ineffective, too expensive, result in side effects or conflict with their desire to avoid medications.

Some side effects from medications are very disturbing, such as sleep associated behaviors that result in harm to self or others. For others, there is morning sedation, drug/drug interactions or rebound insomnia. When behavioral interventions are not effective, CES could be considered prior to initiating medications.

I would like to highlight various advantages of CES relative to other existing treatments, especially medications that may not be well appreciated. Take for example, the difficulty faced by primary care physicians and mental health professionals in treating female patients of child bearing age. All available medications have teratogenic risk and are not recommended during pregnancy and breast feeding. Patients desiring to become pregnant have justified concerns about taking psychotropic medication

Current treatment algorithms encourage polypharmacy when initial treatments with a single drug are not effective. While there is some increased response, polypharmacy only increases the side effects burden and can result in untoward drug/drug interactions. These types of problems do not occur with CES.

Many psychotropic medications for the treatments of depression, anxiety and insomnia have discontinuation syndromes. Given the high rate of discontinuation of these medications by patients due to side effects and lack of efficacy, many patients unfortunately suffer when the take a medication prescribed to alleviate their suffering. This does not occur with CES. There are circumstances, for example prior to surgery, when certain psychotropic medications are required to be discontinued. CES does not have to be discontinued prior to surgery.

One my greatest concerns in treating patients with depression, anxiety and insomnia involves suicide. We know increased risk of suicide in depressed patients but it is often global insomnia is a significant risk factor for suicide as well as anxiety/agitation. Although safer than the older tricyclic and tetracylcic antidepressants, the current medications carry a significant risk of death in overdose, especially when combined with other analgesic medications. Too often, the medications we prescribed to prevent suicide become a means through which the patient attempts suicide. In fact, there are black box warnings that these medications may increase suicidal impulses, especially in adolescents. CES does not pose this risk.

As in many developed countries, we are an aging population. The treatment of depression, anxiety and insomnia in the geriatric patients with medications present unique challenges due to the increased risk of adverse side effects. These side effects include the risk of falls and motor vehicle accidents.

Again, the number of medications taken in our geriatric patients continues to increase. Thus risk of adding psychotropic medications to their other medications poses additional drug/drug interactions and side effect burden. CES avoids this disadvantage and provides a safe alternative to patients, their families and care givers. Furthermore, missing a CES treatment does not carry the risks of missing doses of psychotropic medications in this population.

I have worked with primary care physicians in our federally qualified health clinics on the Big Island. They, like others across the country, are stymied and frustrated by the challenge of treating chronic pain. In particular, they face patients with bona fide pain but who also have depression, anxiety, insomnia and substance abuse. With regards to treatment interventions, they are damned if the do and damned if the don’t treatment with various classes of analgesic medications, including narcotic medications.

They are particularly afraid of the increasing fatalities occurring with the use of narcotic analgesic medications in combination with benzodiazepines and antidepressant medications. They welcome alternatives to medications for those patients whose emotional distress intensifies their suffering and pain sensation. CES could provide a safe alternative for them that do not currently exist.

In summary, CES represents as safe intervention for conditions for which existing treatments, especially pharmacologic and invasive interventions pose significant risk for adverse side effects. It is especially beneficial in defined populations. These include those who refuse medications and psychotherapy, dual diagnosed patients, geriatric patients, females of child bearing age and during pregnancy.

By Jason Worchel, M.D. is a noted psychiatrist and Director of the Hilo Mental Health Center in Hilo, HI. This post is from a paper written by Dr. Worchel in his testimony before the F.D.A. concerning the effectiveness and safety of CES from the perspective of a practicing psychiatrist.